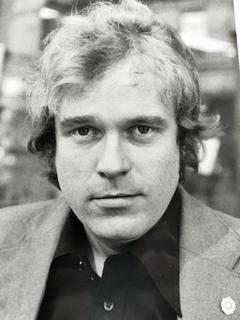 Swedish essayist, poet, scholar, and composer, born in Stockholm in 1950. Alumnus of Harvard University and Stockholm University. Received his doctorate for a thesis on Ralph Waldo Emerson’s philosophy, written in the USA and published in 1994: The Code of Concord (AWI). Hallengren worked as foreign affairs journalist in Europe, America, Africa, Asia 1976–86, and was a visiting fellow in the Dept. of History, Harvard University, 1980–1981, and 1987-88. He was member of the board of the Transnational Institute (Norwich, Vermont; and Moscow) and served as its International Research Coordinator in 1991–1993, and thereafter contact and adviser of the Committee for Tuition in English at Guangxi Teachers University, the People's Republic of China, 1993–1994. Lectures, poetry readings and musical performances in the USA, Russia, P.R. China, England, Canada, the former Yugoslavia, Italy, South Africa, the Bahamas, Bulgaria, Australia, Cuba, Mauritius, France 1988–2019. Currently contracted by the WSPC (Singapore)/World Scientific Europe.